Kilmartin Glen and Dunadd; Bronze age monuments to the ancient seat of the Pictish kings:

From the Blue Cottage at Ardbrecknish, drive down the loch side past Eredine and Ford and onwards to the nearby village of Kilmartin, the access point to explore Scotland’s most important concentration of Neolithic and Bronze age remains; more than 350 monuments within a 6 miles radius of Kilmartin village.

Here in Kilmartin Glen, you’ll find an abundance of marked and accessible cairns, standing stones and a henge monument plus some of the most impressive cup and ring decorated rock surfaces in Scotland. 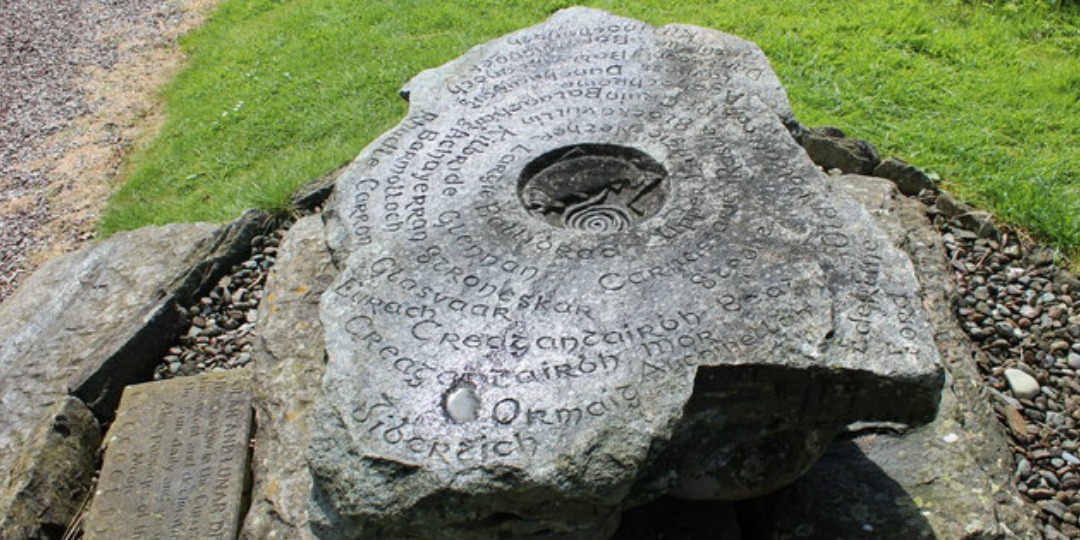 Solar and lunar dial at Kilmartin Glen. “The shadow in the Cup reads the ascent and declination of the sun daily and yearly Also passages of the Moon”. Image © Bob Embleton and licensed for reuse under the Creative Commons Licence

The small Kilmartin museum, shop and café is a must-see attraction. The museum itself is small yet very informative and the shop stocks a wide selection of Scottish and local craft items as well as an excellent range of history books and DVDs. The café is, in our opinion, the highlight and a fantastic stop for coffee and cakes or lunch. From the downstairs section of the café you get cracking views of the Glen and some of its many standing stones and cairns.

Onwards from Kilmartin, head towards the site of Dunadd Fort, the seat of Scotland’s Pictish Kings and believed to be the capital of the ancient kingdom of Dal Riata (Dalriada). The site is well marked and has a convenient car park. Climb to the top of what was the Dunadd hill fort and you’ll instantly see the strategic significance of this location, with commanding views all the way down the River Add estuary.

From Dunadd it’s a short 10minute drive to the small harbour of Crinan, where the Crinan Canal enters the Sound of Jura. Before the canal was built in 1801, Crinan was known as Port Righ, the King’s Port. The exciting helicopter and boat chase scenes in the James Bond movie ‘From Russia With Love’ starring Sean Connery were filmed here in Crinan Lock.

Now it’s a small village and adjoining harbour dominated by the art-deco looking Crinan Hotel, where you can dine (or lunch) on outstanding seafood. The hotel boasts an adjoining coffee shop, bar, seafood restaurant and, on the roof of the hotel, Lock 16, which opens June-Sept and serves 5 star locally caught seafood with brilliant views.

The canal is 9miles long, with 15 locks and connects Loch Gilp, at Ardrishaig, with the Sound of Jura, at Crinan. Put simply, the canal shortcuts the lengthy and often stormy route around the Mull of Kintyre and provides a link between the Clyde Estuary and the West Coast and Islands. As such, it’s very popular with yachts people and other pleasure craft; some 3,000 traverse its locks every year. 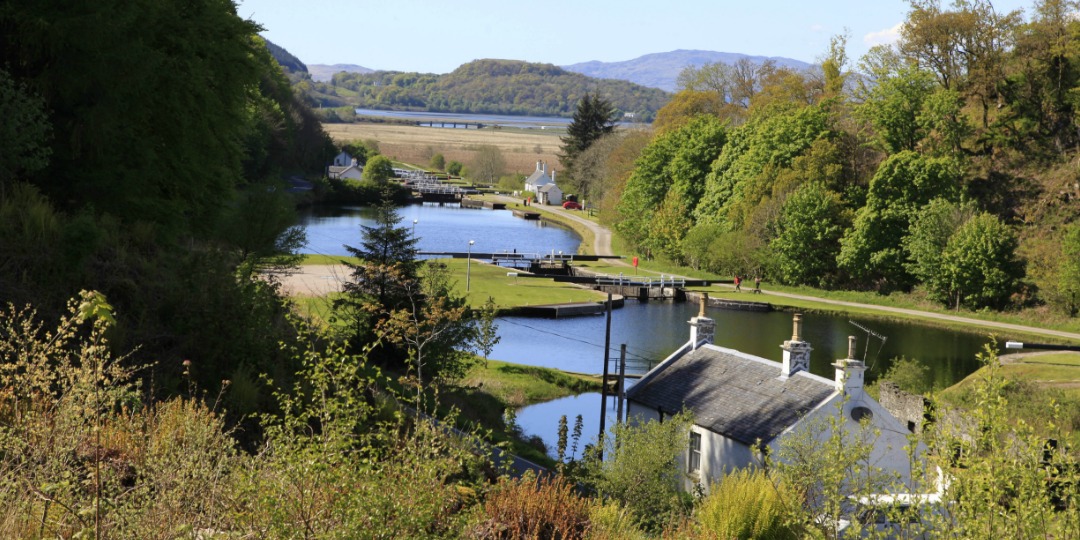 Looking down the locks of the Crinan Canal near Ballanoch, Argyll. Image Paul Tomkins (c) VisitScotland

The scenic drive along the canal to Ardrishaig, is beautiful and passes by the Cairnbaan Hotel, built in 1801 to herald the canal’s opening and a popular stop for refreshments and seafood.

At this point you can loop back to Kilmartin and return via Ford along Lochawside back to Ardbrecknish. It’s worth mentioning the Kilmartin Hotel too; a great stop for dinner, with a lively and friendly bar.

Google Map route for this trip: 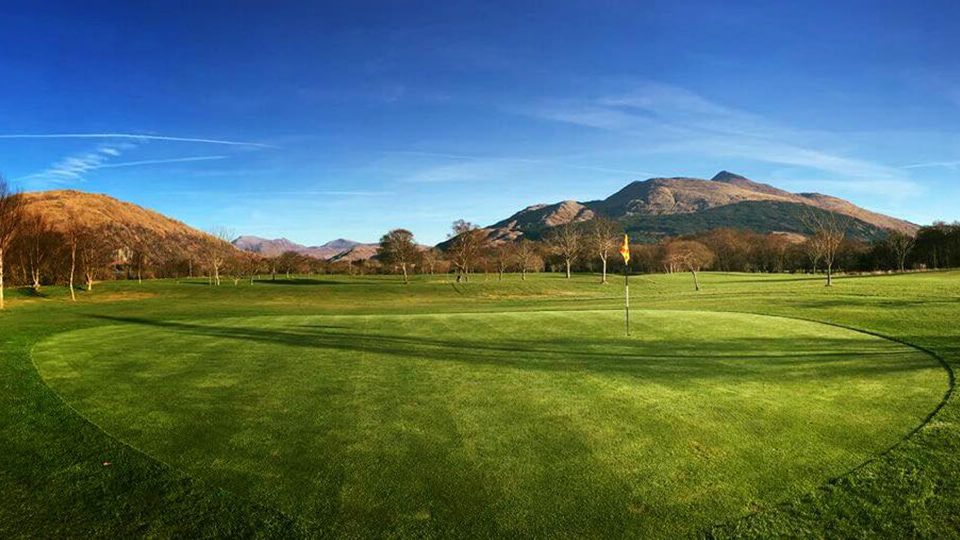 Fore! Tee yourself up for an Argyll golfing break 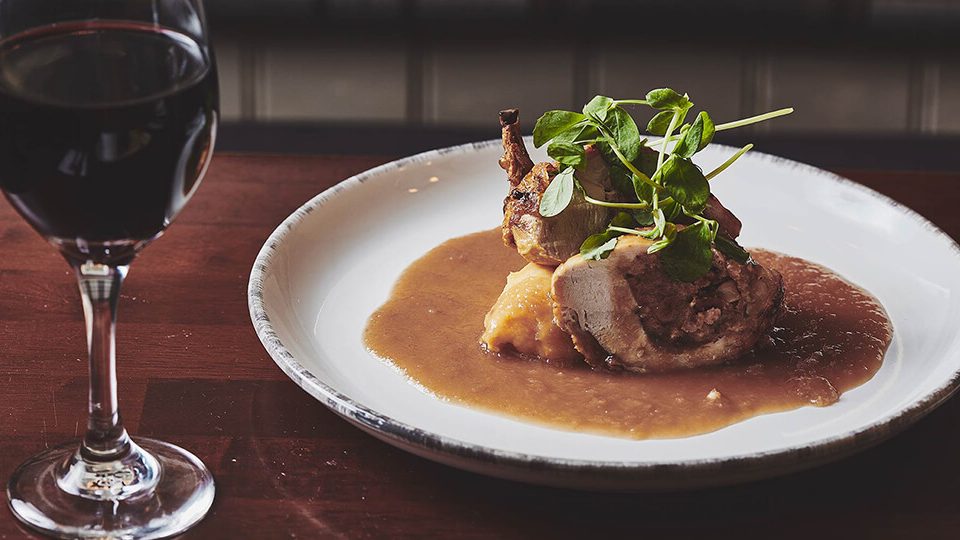 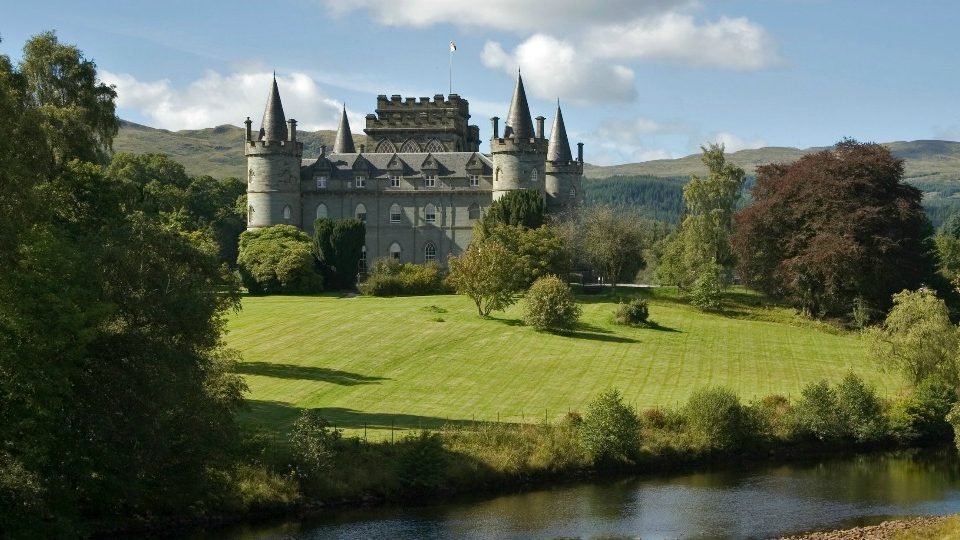 Inveraray Castle and a Fyne ‘flight of beers’